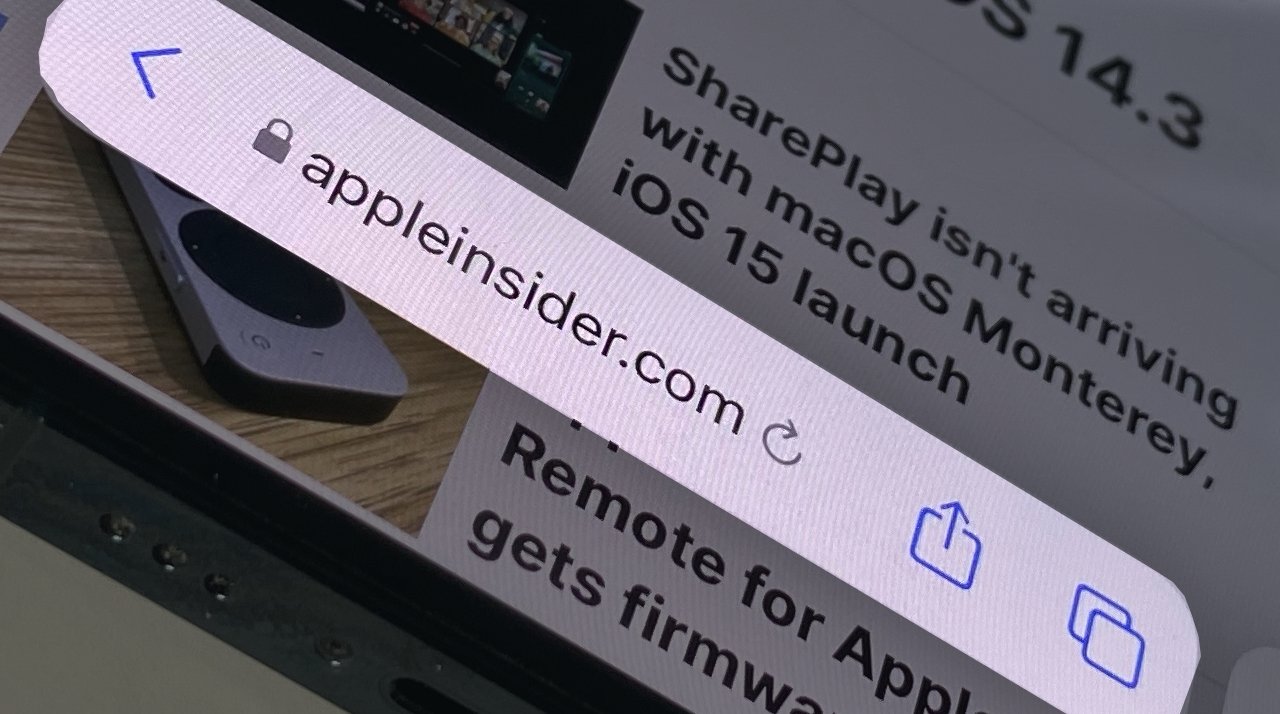 Apple is now going to give you the choice in iOS 15 of sticking with Safari’s old style of tabs, or adopting the new tab bar. Before you eschew the new one, though, give it a try.

It’s not as if the redesigned tab bar in Safari for iOS 15 have some enormously better capabilities on any one website than it did before. It does have a new way of moving between sites, but really what it has is a different approach, an unfamiliar design.

Apple wants tabs to get out of your way and that’s laudable. It’s more than laudable that Apple has brought the new Tab Groups feature to iOS 15, it’s brilliant – and it’s different. Everybody either loves Tab Groups or simply has no reason to even know they’re there.

Whereas no one can use Safari without using tabs, so a major redesign is a very big and very unavoidable deal. Or it was until Apple introduced the option to go back to the old design.

That’s not yet available in the public beta, but it is in the latest developer one. It’s likely, then, to make it to the official release — though it’s going to be interesting to see whether Apple makes the new design the default or not.

If it does, there will be annoyed people having to hunt through settings to fix it. And if it doesn’t, if the official release of iOS 15 makes the older tab design the default, no one will ever use the new.

And that is a shame because once you’ve got rid of the muscle memory that makes you reach for the top of the screen to change sites, the new Safari tab bar is fine. It’s even good.

How to switch between the old and new tab designs

Again, at time of writing this is solely in the developer version of the beta, not the public one. But it is coming, and it will be the same switch that developers are seeing in Settings.

On your iPhone, go to Settings, then scroll down to Safari. There’s a straightforward toggle, showing one icon for Tab Bar, one for Single Tab.

Choose between the new and old Safari design in iOS 15

Tap the one you want, and you’re set. Just don’t change it too quickly, give the new tab bar a chance.

When you open Safari, the page that you see first is whatever site you were last reading — and there’s now a floating bar at the bottom. That bar contains the address of the site, plus a Share button and one to do with rearranging tabs.

How to go to a new site

That all sounds clear, sensible, and easy, and it is. Except for how the tab bar is at the bottom of the page and you probably have very, very many years of experience of reaching for the top of the screen instead.

It will take you time to unlearn that, but there is an advantage to the new tab bar. You may even like it for this, it’s a revised way of moving between tabs. 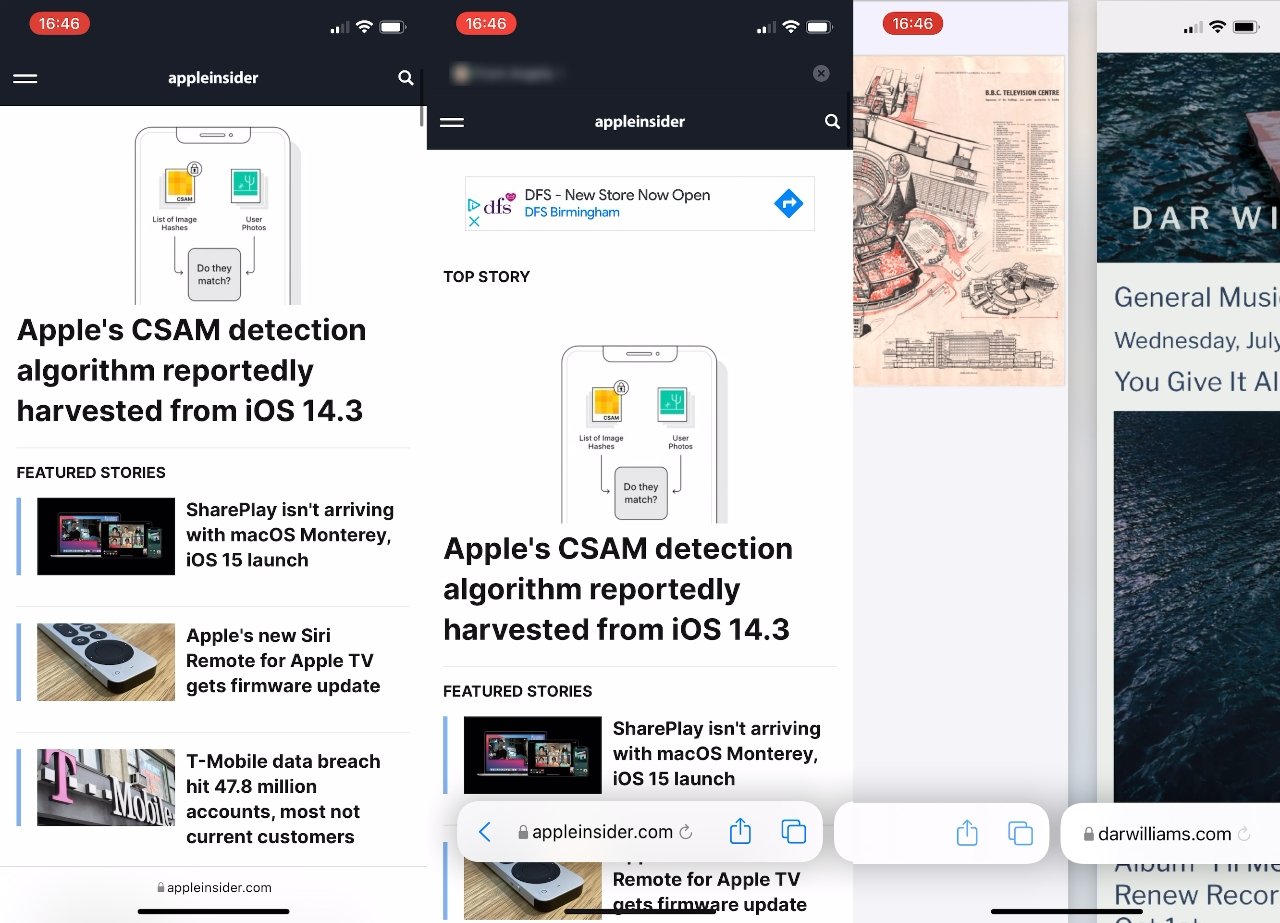 How to move between tabs on the tab bar

You do have more than one tab open, you do have very many more. We’re not judging.

And so this swiping is a lot faster than before. Previously you would have to tap the tab button, find what you want from the thumbnail images, and then tap to go into the tab you were after.

Yet you can still do that. Bring up that tab bar, tap on the tabs button at far right, and you get a view of all your tabs. Rather than the old Rolodex-style of thumbnails where you had to move forwards and backwards to see you what you want, it’s now a Photos-style grid.

From that grid, you can tap to go into any tab. You can also tap on the small delete button to get rid of the tab completely.

What you can’t do, unfortunately, is drag the tabs around to arrange them. You can press and hold on any one tab and get a menu that gives some sorting options, but they’re limited. 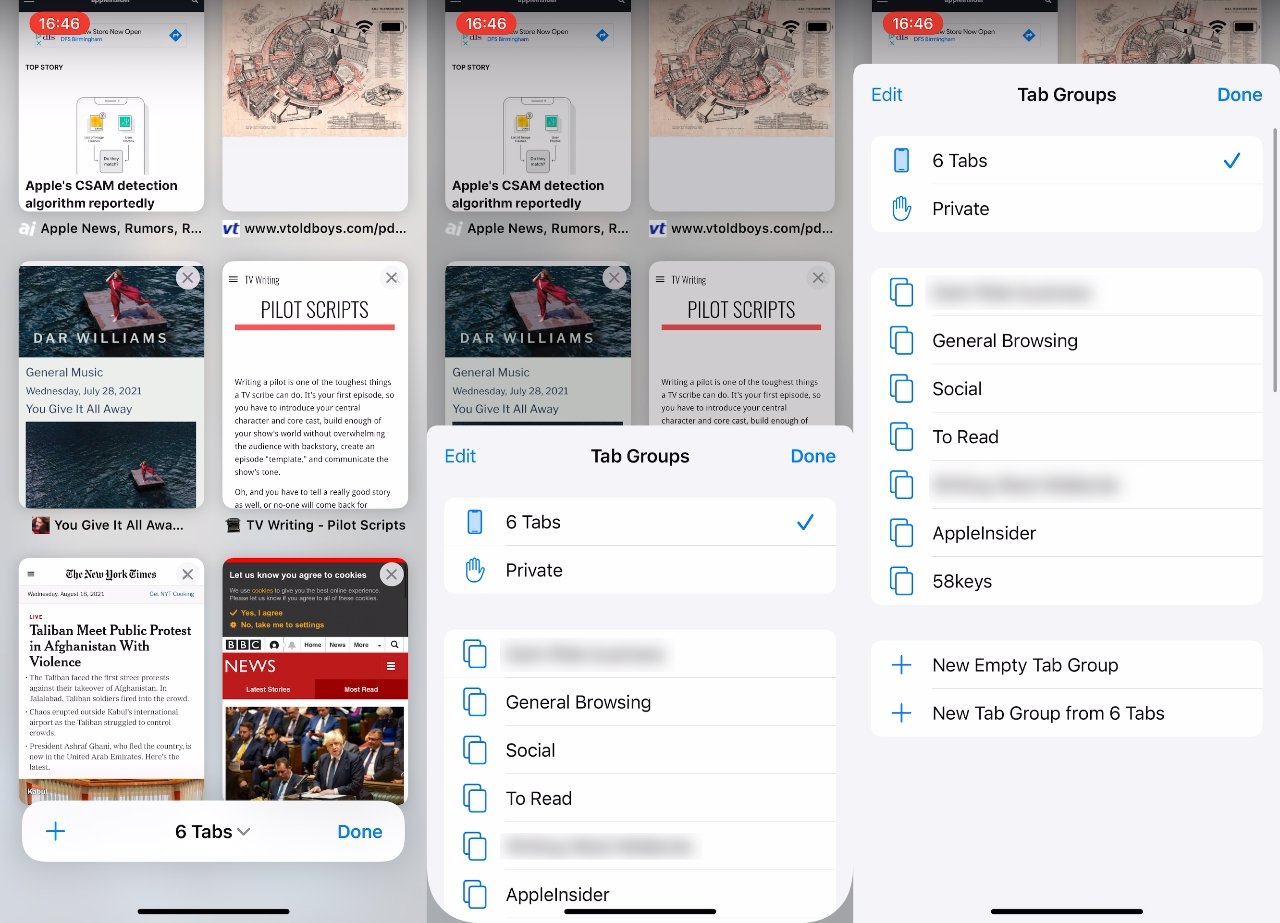 Except, if that seems a bit constrained, something else the new design brings is the ability to organize tabs more. This is crossing into the Tab Groups feature, but as you press and hold on any tab’s thumbnail, you do get two particularly key options.

If you have six tabs open, pressing and holding on one gets you a menu that offers to let you move all of those tabs to an existing group. And you also get the option to move them all to a brand new group.

What you can’t do is pick a few of the tabs and move those, it’s all or nothing. Or at least it is at present. Maybe we already know something that’ll be in iOS 16.