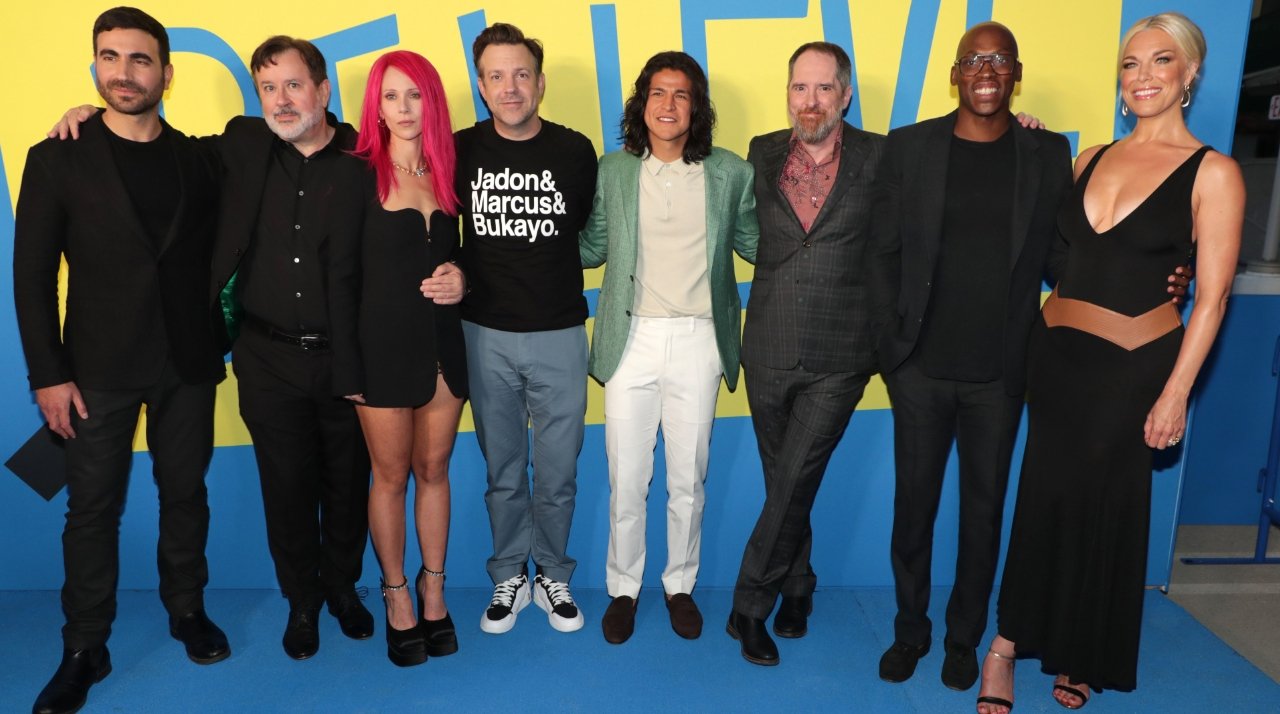 With its folksy good cheer, “Ted Lasso” is the break-out hit that Apple TV+ needed, but perhaps didn’t expect. Showrunner and co-creator Bill Lawrence — previously best known for ‘Scrubs,’ ‘Spin City,’ and ‘Cougar Town’ — say the comedy’s tone was a deliberate choice to counter bleak news in the world.

“I can tell you what Jason [Sudeikis] and I and [cocreators] Joe Kelly and Brendan Hunt and the whole writing staff talked about beforehand,” Lawrence told Vanity Fair. “Which was that the world discourse, specifically on social media and in politics, had gotten to such a cynical, dark place that it was just pervasively gross.”

“We even joked in the writers room that if I was to meet someone like Ted Lasso in real life, I wouldn’t be happy,” he continued. “My first assumption would be, I can’t wait for a week from now when this person reveals himself to be an asshole like everybody else.”

“When that person turns out to be actually kind and forgiving and empathetic and lovely, then you’ve got to look at yourself,” said Lawrence. “That’s the point of this.”

Following the success of the show, Lawrence says that of course Hollywood producers are talking about doing more of his kind of optimistic show. He points out that comedy runs in trends, that while this cheery idea was right for “Ted Lasso,” it doesn’t mean he’ll now always write in this way.

Plus he says it’s harder to keep a show running when it’s what he calls “optimistic comedy.”

“I think what we’re really talking about is, on some level, writing with heart and empathy,” says Lawrence. “I always dug doing that in [medical sitcom] ‘Scrubs.’ It was a lot easier in that case just because they were characters that were of service and cared about whether or not people lived or died.”

“I think it is tricky to always stay [positive],” he continues. “But [in “Ted Lasso”] there’s the smoke and mirrors of pervasive optimism.”

“You’re still talking about a show in which, at the end of the day, Ted has panic attacks and his wife left him,” says Lawrence. “Just cheery optimism is nearly impossible. It has to be amongst the real pathos of life in order to work.”

“I think the coolest thing was we created a positive experience on the gig,” he continues, “and the fact that other people seemed to be responding to it was just, man, it was overwhelmingly cool, unexpected, and fun to watch.”

“We were all very grateful to be working on something that was inherently optimistic,” says Lawrence. “In many ways, it felt almost therapeutic to be working on it. That was without knowing at all, whether or not it would work.”