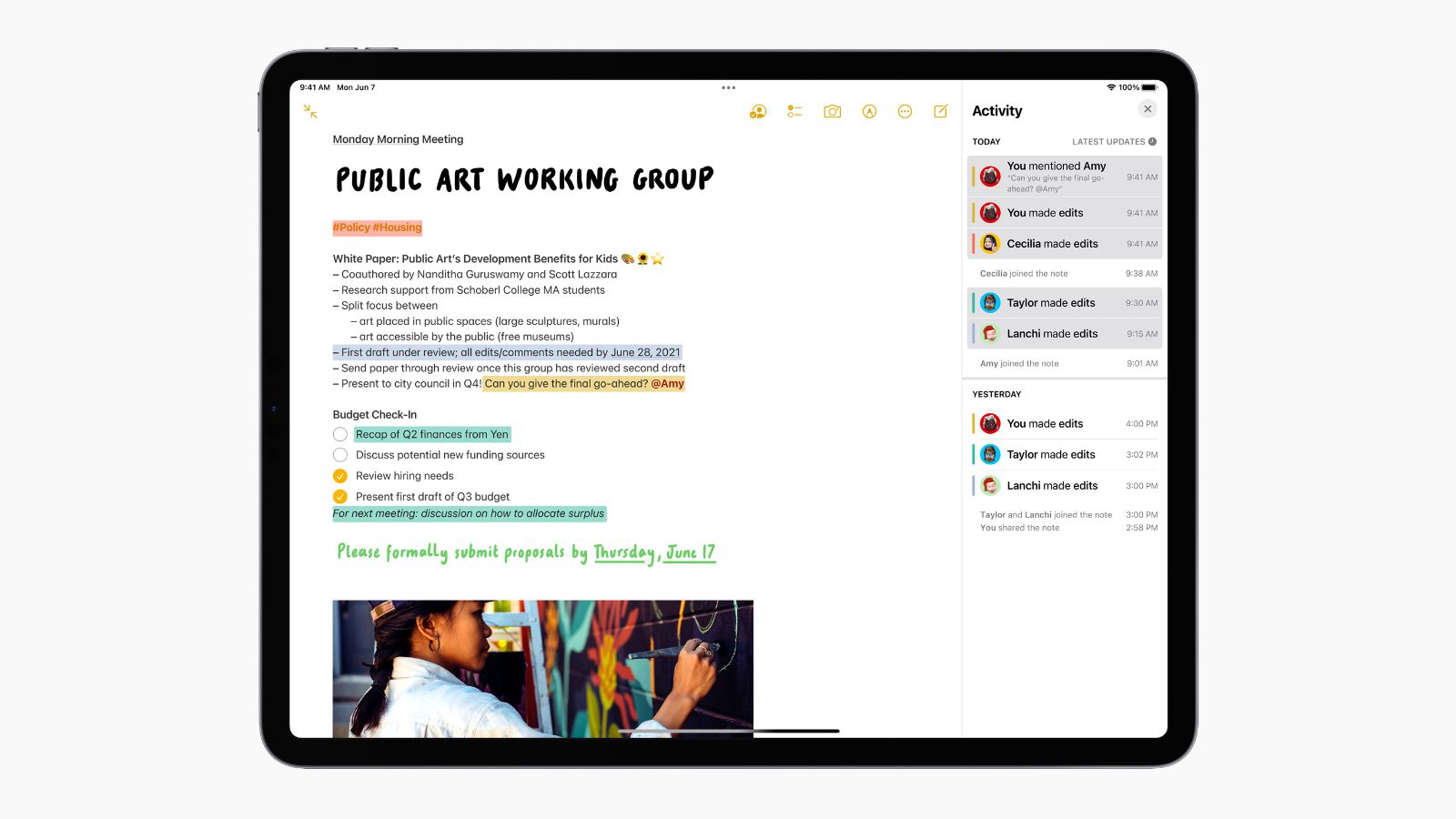 If you’ve installed the public beta of iOS 15, iPadOS 15, or macOS Monterey on any of your devices, you may have already tried out some of the new features Apple has added to the Notes app, such as the ability to use @ user mentions in shared notes and the long-desired support for tags.


However, some users have discovered that notes containing instances of these two new features don’t show up in some earlier versions of iOS and macOS, so it’s best just to stay away from them if you have any other devices still running older versions of Apple’s desktop or mobile operating systems.

As reported by 9to5Mac, if the Notes app identifies a device in your iCloud account running a version earlier than iOS 14.5 or macOS 11.3, it will alert you to the fact that tagged notes or notes containing mentions will be hidden on those devices.

On the plus side, if your other devices are fully up-to-date and running iOS 14.5 or macOS Big Sur 11.3 or later, then it appears that any notes using @ mentions or tags are able to be opened by those versions.

As always with beta software, it’s inadvisable to install these version on devices that you rely on for work or anything else important, especially if you’re using multiple devices on the same Apple account, this example being a case in point.