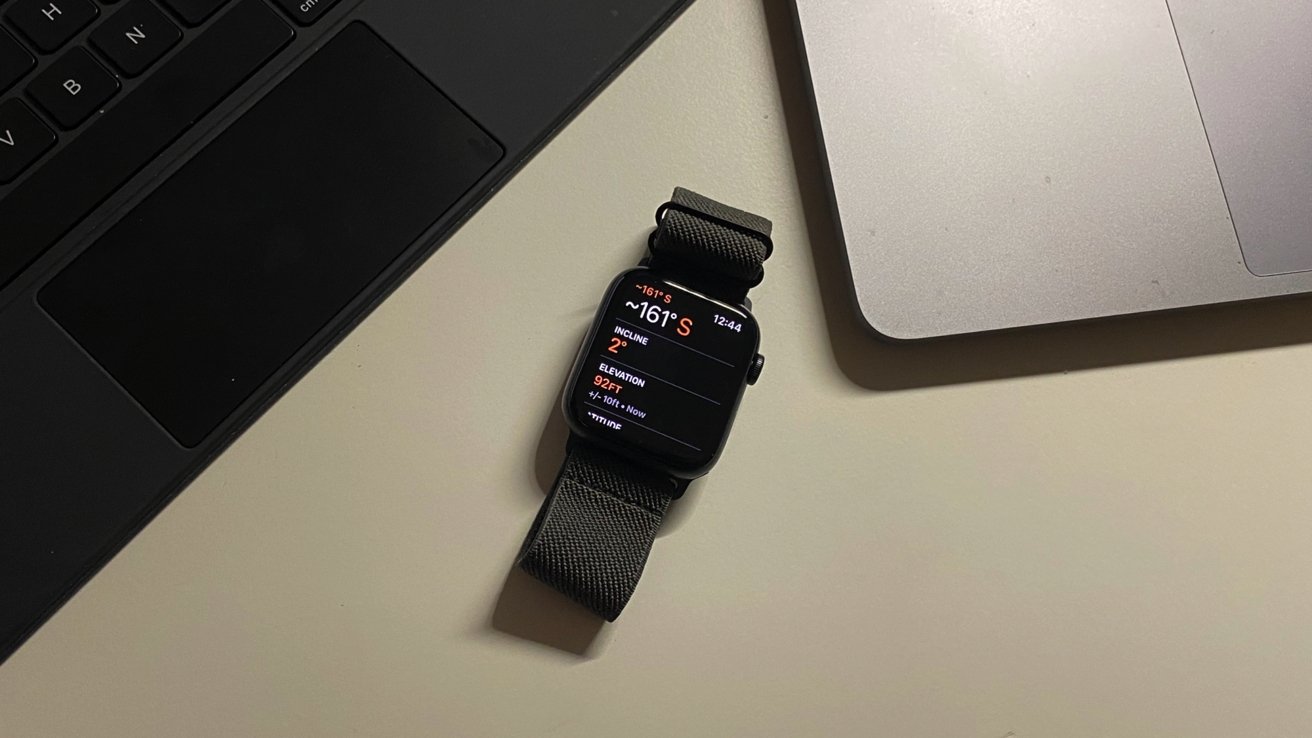 When you’re stuck 800 miles away from your house, it turns out that you can get pretty good stress-impacted data collection if your Apple Watch is monitoring your health.

Earlier in July, I took some time off to deal with a family member’s ongoing health challenges. All told, that went well until a young driver decided that since he missed his turn, he would zoom over three lanes to try and make it last-minute.

He might have made it — if my moving car wasn’t in the way. But, instead, we both came to a sudden, involuntary, stop. Obviously, the fall detection feature of the Apple Watch that I recently put on full-time wasn’t the first thing to alert me to the accident.

Nobody was hurt, but the cars in question aren’t in good shape. Even so, my language after the incident was a little … salty. I’m pretty even-keeled until impacted by the carelessness of a fellow human being, and this certainly counts.

With that outburst of extremely foul language, came an elevated heart rate. And, while profoundly pissed off, the Apple Watch that I put on to keep tabs on just this kind of thing was collecting data.

It wasn’t just that incident that is helping with the data collection, either. Because of some extenuating circumstances surrounding the repair and the accident as a whole, as I write this, I am still in the remote location. I am still 800 miles from home, with all that entails from a routine, sleep, and dietary standpoint.

Beyond the obvious and automatic health monitoring that the Apple Watch provides, its presence alone on my wrist makes me more mindful about what’s going on as a whole. Instead of eating like a goblin and getting fried foods and burgers for every meal because of convenience and speed for the duration of the stay, just knowing that it’s there makes me think of alternatives.

For instance, lunch today was a salad with very light dressing ordered in, instead of the steak and cheese that I can get about 500 feet from the hotel. Or this morning, Multigrain cereal from the continental breakfast layout, instead of that giant bagel with a mound of cream cheese.

And then, there’s those Apple Watch rings. Much has been said about the goals and gamification of health that the Apple Watch provides. This, too, has been a big help, instead of just sitting and fuming.

Breathe has been helpful too. It’s irritating waiting on other folks to do what they’re supposed to be doing when I’ve done all I can. I can see a notable heart rate decline, if I don’t whack ignore on the breathe prod.

And, as you may expect, my sleep is impacted since it’s not my bed, coupled with my routine being wholly destroyed. But, again, after being poked about crappy sleep by the Apple Watch, I made a few changes, and it’s helped. Some.

I’m not sure I’d make any of these changes without that aluminum judge strapped to my wrist, making me more aware of the situation and what I can do about it.

When you’re away from your home base, you do what you can to get the job done.

And, it’s telling me to get up from this ramshackle workstation periodically, which I’m also not sure I’d do otherwise. Since I’ve been asked, left to right, I’m using a 2018 12.9-inch iPad Pro with Sidecar, the iPad Pro Magic Keyboard, and my faithful 2018 MacBook Pro.

I have a short-range rental car, so I’m not immobile. However, I am in a city that I am not familiar with, so navigation is an issue — and I wasn’t smart enough to take my phone mount out of my car before handing it over to the auto body shop.

The unfamiliar territory requires Apple Maps, for sure. So I’ve been relying on the tapping that it provides to let me know when there’s a turn just before Siri says something about it since I’m not going to glance down at the center cupholder for the map.

And, Apple Pay on the watch is (obviously) super-convenient. As I’ve spoken about before, I’m a primary Mac user, and the Apple Watch before the health monitoring requirement was a little too far down the chain, but I’ve been able to leave the iPhone in my pocket instead of wielding it like a glorified pocket watch.

While I have not partaken of this, personally, I’ve also seen a large percentage of folks pay for mass transit with it here and just keep going without even turning on the watch.

Right now, in iOS 14, getting this info to the doctor in anything resembling real-time or even close to it is a pain in the ass. It’s a laborious process involving XML, PDFs, and email. I’ve already done it for the first batch of nomadic lifestyle-induced data, and he’s already excited about taking a look at how things are going, including what’s been an elevated blood pressure while marooned because of diet and irritation.

In iOS 15, though, this gets a lot easier. This is what Apple says about it.

In the Health app, a new Sharing tab lets users privately share their data with a trusted partner or caregiver. Users have full control over which data they share and with whom. It could be an aging parent who shares their activity or heart health data with a family member, a partner who chooses to share their fertility window insights, or a person with Parkinson’s disease who wants to share their mobility data with a physical therapist. For the person receiving this information, shared data is presented with important insights and trends highlighted.

I’ve spoken to my doctor about it — who is part of the first batch of care providers with integrations. He’s excited about the iOS 15 improvements if, for no other reason, it lessens his administrative burdens.

He’s also told me, in response to the first article, that he’ll be able to make better decisions faster, based on some filters he’s set up with the incoming data. So, for instance, if he knows that a patient typically has a blood pressure with medication of 120/80, and the stream of data suggests that the average pressure is now 135/90 or so, medicine needs to be tuned sooner rather than later.

He’d like an automatic dietary monitor, but I had to tell him that until Apple makes an “eatable,” I didn’t think that was going to happen.

More later, as it develops. We’ll be talking about the peripherals I’m using in conjunction with the Apple Watch soon.